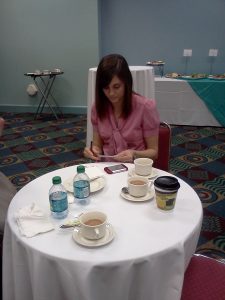 The India Department of Telecommunications (DoT) left Huawei and ZTE out of the coveted list of companies invited to participate in trials to develop 5G use cases for India. This happened once before in 2010. Could this South Asia country be lessening relations with Chinese telecom manufacturers for nextgen tech in the same manner that Australia and the United States have this year 2018? (In 2017, about 30 percent of Australian exports were sent to China, according to a government report, and China and Hong Kong are among the largest foreign investors in Australia, according to another report. Australia and China have typically had a strong import/export relationship.)

“We have written to Cisco, Samsung, Ericsson and Nokia, and telecom service providers to partner with us to start 5G technology-based trials, and have got positive response from them,” telecom secretary Aruna Sundararajan told ETTelecom.

“We have excluded Huawei from these trials,” she said, when asked if Huawei has been eliminated from the trials for security reasons. The government is planning to show case India-specific 5G use cases by early 2019.

The United States and Australia have also excluded Huawei and ZTE because of fears of possible cyber snooping via their products made in China. In August 2018, Australia deleted Huawei and ZTE from its 5G network launches. The United States barred all government use of Chinese gear manufacturers, many are saying to keep China from 5G launches. The United Kingdom questioned some of Huawei’s engineering processes. Huawei, of whom cyber security is a top priority, is working to fix the issues.

In early July 2018, Mexico gained a new leader, President López Obrador. He is quite …